What does it mean?

Most service providers claim Encryption at Rest, which means they decrypt users data, process(e.g. index), then encrypt users data again before storing them in database or storage. Therefore, they know content of users data.

How does End-to-End Encryption work in BSafes? 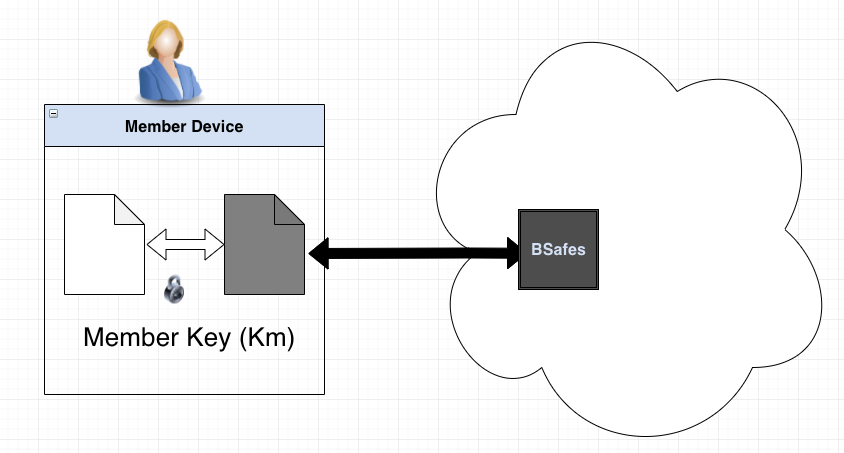 In a member’s personal workspace, all pages are encrypted with the member key (Km) locally on the device. The device then send the encrypted page data to BSafes server and stored in BSafes database. Again, BSafes server does not know the page content since it doesn’t have the key to decrypt. 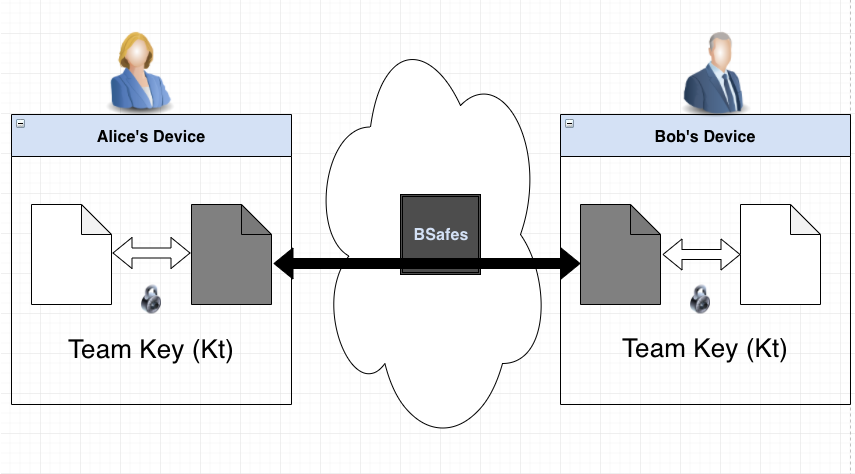 When a member (Alice) wants to collaborate with another member (Bob), Alice has to create a team first. When she creates a team, her device automatically creates a team key (Kt). Then the device encrypt the team key (Kt) with Alice’s member key (KmA), the encrypted team key (eKt) is then sent to BSafes server and stored in BSafes database. Again, BSafes server can not decrypt the encrypted team key.